do you know your creative roadblock?

What’s stopping you from reaching your goals and bringing your big dreams to life?  It might just be one of these sneaky roadblocks. Just answer some questions, and you’ll get instant access to a personalized roadmap to make more progress and succeed in those big goals.

A question people ask me a lot is, “How are you so freaking productive???” (Extra question marks intended.)

The question mostly comes from friends who have a similar, if not the same, workload and lifestyle as I do.

We’re not too different really. We both have non-negotiable things to do, places to go, people to meet. But I guess what they really meant was: “How do you stay productive and get so many things done?”

Even if it was just finishing a paper for university two weeks early, or having a side hustle 12 months a year, I do admit I find deep pleasure in a crossed-off to-do list with a whole lot of me-time to spare.

And for a while, I wanted to help people get there too. Like, honest to goodness, wanted to help them strike that balance between eight hours of sleep, a full work load, and even personal projects on the side.

Related: 5 Easy Hacks to Actually Achieve Your Goals This Month

Eventually, I acknowledged that I couldn’t turn anyone into the Queen of Doing Things. But I did learn a thing or two just from talking and observing friends – friends who wailed that the angel of productivity would not be visiting them tonight.

And then it hit me.

Some people have been looking at productivity all wrong

Because it’s just so good, and I can’t stress it enough, here it is again:

The concept is so simple – so ridiculously simple! – but we still sometimes don’t just…well, just do it. (It’s no wonder I’m such a big fan of Nike. A huge reason I always tried to finish things and meet goals were because I said to just do it.)

Related: Ready or Not, Just Do The Thing

If you really want to stay productive throughout the day, you have to actually do the work.

This seems like a good time to bring up a real-life example.

When I first started blogging years ago (an often-reincarnated passion project I’ve had since I was twelve), one mistake I fell into was thinking the universe had to be perfect before I spurt out words. Like the planets had to align before I could type out even an opening paragraph.

Or, more realistically, I sometimes thought things had to be perfect before I started writing a post. Like I wasn’t allowed to be tired or have homework or have dance practice in the next two hours.

Lately I realized if I’d been that serious about blogging, I would have found ways to churn out more posts more often and not just when I was inspired to sit down and write. If anything, I would have been more intentional about it too.

Because that’s the thing about productivity. It’s not a switch, as so many people believe it to be. Instead, it’s a result of working with intention.

Related: 15 Productive Things You Can Do in 10 Minutes or Less

Stay productive: the life lesson The Tortoise and the Hare taught me

When I was six, I was attending a school where one of the classes was learning Chinese. And of all the things I went through for that class, I have a recurring memory of having to memorize The Tortoise and the Hare fable in straight Mandarin.

(I forget now why; all I remember is the chronic fear of having to recite everything both to my teacher and to my classmates – and, later on, to the entire school.)

And maybe the every day drilling of that story (in Mandarin, of all languages) is one of the reasons I can never get it out of my head. If you ask, some people interpret the main message of the fable this way: that it was the hare’s fault for being so cocky. He was so sure he’d win. So why would he bother working too hard against a tortoise?

To me though, the tortoise deserves more of the attention. Not many people laud him for his effort. He could have just as easily given up and resigned himself to what should have been a lost cause.

Instead, that hardworking son of a gun took it one step a time and won the race anyway. An unsung hero.

Related: Why Aren’t You Starting a Passion Project?

As I grew up, I’d later encounter versions of the same fable in different languages. But every time I always thought the tortoise was the character we should have been focusing on. Because he taught me the most important lesson when it came to being productive and finishing my tasks and goals:

One step at a time, slowly but surely. And you’ll be surprised how easy things get after you’ve actually put one foot in front of the other.

Do you want to be the hare, whose progress (or, in this case, productivity) is like lightning – where you never know when or where it’ll strike, so you resign yourself to taking that nap “just in case I’ll be more productive then?”

Or do you want to be the tortoise, the hardworking tortoise that took it one step at a time until he finally made it to the end?

Now, you might be thinking: Okay, but how do I do it?

I know. It seems really simple. But it took a little while before I learned how to make the most of my day too. So here’s an easy actionable step for you to stay productive:

Just allot ten minutes a day to do your tasks – whether big or small.

It’s not asking for much. Ten minutes might be the time you spend lying on your couch and scrolling through your feeds.

(I used to fall into the death trap that is the Facebook newsfeed, but eventually I developed the habit of kicking myself in the face to get started on work.)

Related: How to Focus on Just One Goal at a Time (even when you have too many ideas)

If you think about it, those ten minutes beats eight hours once a week. Like Gretchen Rubin said (and I’ve already quoted it twice in this entire post): What we do every day matters more than what we do every once in a while.

Here are a few reasons why this works:

You can’t commit to “once in a while”

If you say, “Hmm, I don’t have time to do this project every day, but I’ll use my entire Saturday to do it instead,” stop. It’s not going to work. At least, not all time.

That entire Saturday? A friend might invite you out for the afternoon. So you’ll do it next Saturday then? What if you get sick? Next, next Saturday? Aren’t you supposed to attend your cousin’s wife’s friend’s charity auction to save the whales?

You get the point.

At least, if you commit to ten minutes a day, there’s that cushion that can catch you if you stumble. Sure, there might be one day where you don’t get to commit to the ten minutes (because life happens) – but you already have all the work you’ve done from those ten minutes in the days before.

Say you were working on a book. Those ten minutes every day could have gotten you 10 pages – but a once in a while? At best, maybe it got you five.

The first time I really understood the concept of momentum was in senior-year Physics in high school. A lot of years later was when I realized there’s momentum not just in moving things but in doing work.

Like a car that builds momentum and speeds up the more time passes, your productivity works the same way. You build momentum as you go along – and that keeps you even more productive. Productivity multiplies.

In case you’re doubting how this works, just think back to the last time you had a big task to do. How did you feel when you were almost at the end? Chances are you said: “I’m so close, I should just finish.”

Somehow that’s working from momentum too. You realize how close you are to wrapping up that project (or, as I apply it here, this blog post) that you can’t help but power through the end.

And when you commit to ten minutes a day, you’ll see how much closer and closer you get to the finish line. And that motivates you. That keeps you productive.

Related: You’re a Creative. No, Really.

Now, if you really want to get gruesomely detailed on how to get started on that 10-minute rule (because I know how hard it is to actually start), here are 3 concrete ways that I’ve found works for me and some of the most productive people I know.

Because I know simply reading a blog post isn’t enough, I’ve made a guide of my #1 principle in getting more stuff done in less time. Because of it, I have more time to spare for things that matter to me, like my blog and biz.

You’ll also find a bonus at the end – an actionable template to help you cross out those to-dos on your list without breaking a sweat. Hope that really helps you stay productive throughout the day!

Do you know why you can’t stay productive? What do you want to know about sticking to your plans and goals? 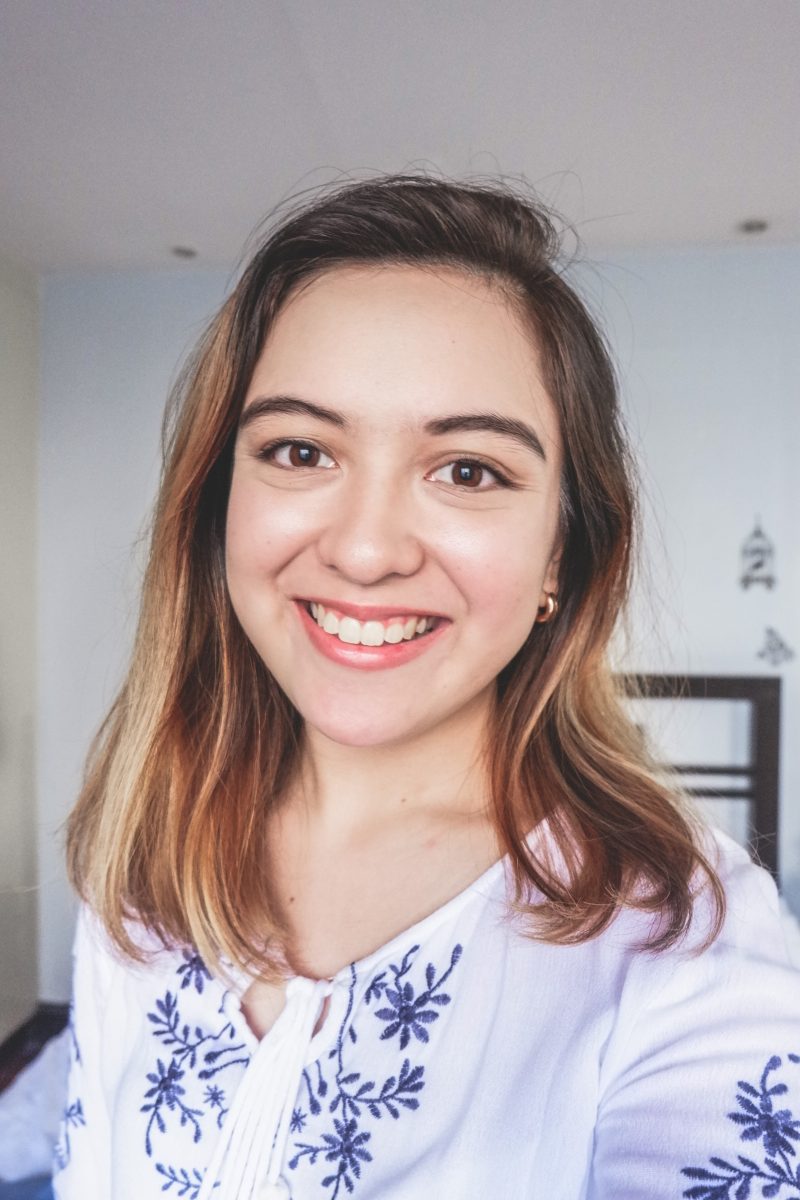 How to Stay on Top of Your Work as a Freelancer

How to Stay on Top of Your Work as a Freelancer 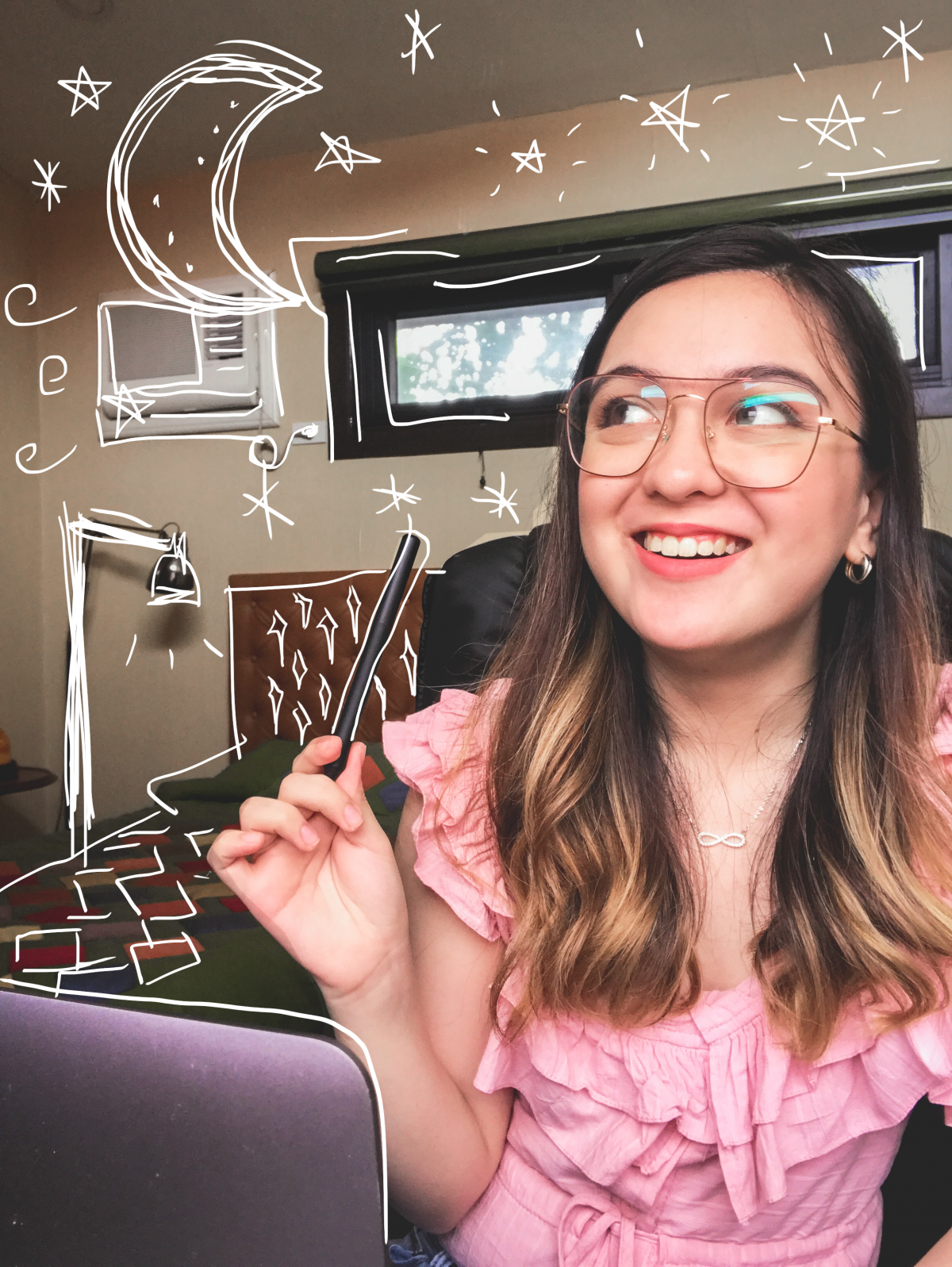 Take my free workshop that shows you how I turned this hobby blog you see now into my full-time job and business. This shows you my 1,000 True Fans Formula—that you can use to ATTRACT, GROW, and NURTURE an audience of true fans who truly love your work.

Don't wait to wait get thousands of followers on those social media accounts. Let me show you that all you need to truly grow your impact and income is through getting those first 1,000 quality TRUE fans (and not just random followers).